FAQ: How serious is the sediment buildup? Wasn't it all caused by the Station Fire?

Sediment has been building up behind Devil's Gate Dam ever since it was built in 1920. That's the nature of dams. But the level stabilized in the late 1930s in a range between 3-4 million cubic yards. It's now near the high end of that range (3.89 MCY), but the level has been significantly higher several times.

There is no cause for scare tactics such as those recently employed by the County. A sustainable sediment program can improve flood protection without many of the adverse environmental and neighborhood impacts that will be caused by the County's plan. 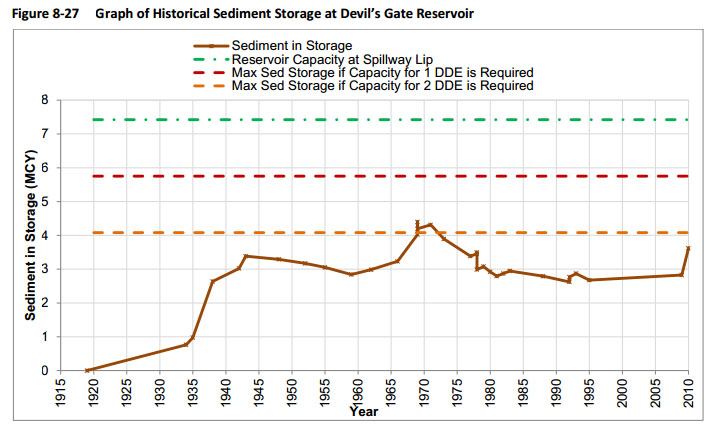