The Board of Supervisors of Los Angeles County formally approved the settlement of two lawsuits regarding the Devil's Gate excavation program with the Arroyo Seco Foundation and Pasadena Audubon Society.

After Judge Chalfant issued the tentative ruling, County officials proposed the development of a settlement agreement with the Big Dig critics instead of a hearing on the ruling. Negotiations then began to development a mutually satisfactory agreement.

The US Army Corps of Engineers, charged with protecting theprecious wetlands and streamzones in the US, slams the door on a public meeting to discuss their responsibility. Is this the new Corps or the old Corps?

A group of Altadena activists, led by Town Council member Dorothy Wong, have initiated a new petition to Save Hahamongna. "We though the supervisors reduced the impacts of the Big Dig last September," said Dorothy, "but apprently they didn't. The amount of trucks per day hasn't changed and neither has the impact zone of their project."

It's becoming increasing clear that the County Flood District is adamant. ASF and Pasadena Audubon have offered to settle our lawsuit with the Flood Control District if they minimize the impacts on Hahamongna and the local neighborhoods in keeping with the Supervisor's clear intent in the November 2017 hearing on the Big Dig. Sadly the Flood Control District has responded negatively to our settlement offer.

County Supervisor Kathryn Barger met with Mayor Tornek and members of the Pasadena City Council to clarify the status of the massive sediment excavation program that the County Flood Control District has planned for Hahamongna Watershed Park.

The Arroyo Seco Foundation and Pasadena Audubon have now joined with the Coalition for Clean Air to advocate for the use of Clean Air Trucks for the Devil's Gate Sediment Removal Project. As a responsible public agency, the Los Angeles County Flood Control District should be a leader in adopting clean air technology in a region with some of the the worst air quality in the United States. The Hahamongna sediment program will have a massive impact on public health for local schools and residents unless every practical step is taken to reduce harmful diesel pollutants. Clean Air vehicles are the way to go.

The LA County Board of Supervisors by a unanimous vote substanially modified and reduced the Flood Control District's Big Dig program for Hahamongna Watershed Park.

There review period for public comments has now closed. Some excellent analysis of the defects of the EIR and its revision was submitted by agencies and concerned citizens. Now the Flood Control District has to review and respond to those comments and submit their program to the LA County Board of Supervisors for a new approval.

The ultimate decision on the fate of Hahamongna will be made by the County Board of Supervisors, which must act to certify that the entire EIR is in compliance with the California Environmental Quality Act (CEQA). This is the time for those who care about Hahamongna to speak with a loud voice telling the Supervisors to Save Hahamongna and ensure that the sediment removal program is reshaped along more sustainable and environmentally-sensitive lines.

The County Flood Control District released their revisions to the Final Environmental Impact Report for their Big Dig mining and trucking operation in Hahamongna on July 24th. They have made some minor concessions, but the worst parts of their program are still there: 1) its too big; 2) too fast; and 3) too destructive to habitat, our air quality, traffic and neighborhoods.

As the result of the lawsuit filed by the Arroyo Seco Foundation and Pasadena Audubon Society, Honorable James C. Chalfant has shut down the County Flood Control's Big Dig Project for Devil's Gate Dam in Hahamongna Watershed Park. At a series of recent hearings, he ruled that the environmental impact report for the Devil's Gate Sediment Removal Project is critically flawed regarding air quality, mitigation and cumulative impacts measures. He has ordered the Flood Control District to redraft key sections of their flawed environmental impact report and then circulate the revised EIR to the public for a forty-five review period. The County Board of Supervisors then will hold a public hearing and must act to certify that the entire EIR is in compliance with the California Environmental Quality Act (CEQA). This process will give the public plenty of opportunities to ensure that the sediment removal program is reshaped along more sustainable and environmentally-sensitive lines.

Judge Chaltant also admonished the Flood Control District to take no further actions to further the project until they come back to him and demonstrate that they are in full environmental compliance. The Honorable James C. Chalfant will rule on Arroyo Seco Foundation & Pasadena Audubon Society v. County of Los Angeles. He has tentatively found that the environmental impact report for the Devil's Gate Sediment Removal Project is critically flawed regarding air quality and mitigation measures. At this hearing he will consider additional information on the cumulative impacts of the Flood Control District's massive sediment mining and trucking project in Hahamongna Watershed Park and determine whether the County Supervisors will have to reconsider the Big Dig project and its impacts. April 26, 2016 — The recent discovery of a pair of Least Bell's Vireo, a federally endangered bird found only in wetland areas, could throw a monkey wrench in the County Flood Control District's plans to excavate the Hahamongna basin. Another federal endangered species, the burrowing owl, has also recently shown up. The Flood Control District's environmental documentation largely ignored recorded sightings of the federally listed endangered species as well as California species of special concern, namely the yellow warbler and the yellow-breasted chat. "These recent sightings should really focus the regulators on the importance of protecting critical habitat like Hahamongna and enforcing the Endangered Species Act," said Mitchell M. Tsai, attorney for the Arroyo Seco Foundation and Pasadena Audubon in the No Big Dig Lawsuit.

June 30, 2016The Flood Control District is holding three meetings trying to sell their habitat restoration program to the community. Do not expect them to answer some key questions about the Big Dig:

Supervisor's Race Could Be Key to Hahamongna's Future

September 16, 2016 - The candidates to replace Supervisor Mike Antonovich addressed the County's Big Dig program for Hahamongna at a debate last night at Pasadena City College. The debate was sponsored by the League of Women Voters, Pasadena City College and the Pasadena Chamber of Commerce. The candidates responded to a question from the audience that raised concerns about the enormous impacts of the Flood Control District's sediment removal program from the Devil's Gate Dam area in Hahamongna Watershed Park. Thank you to the 187 and counting Hahamongna supporters who have made our Indiegogo campaign, No Big Dig - the Lawsuit to Save Hahamongna, an overwhelming success. As of the February 5, 2015 deadline, we exceeded our goal by 34%, with a total of $33,566 raised. You made this happen!

The Indiegogo campaign funds will help cover our legal expenses as the Arroyo Seco Foundation and Pasadena Audubon Society take on the County's horrendous plan for Hahamongna and our neighborhoods.

Support the Lawsuit to Save Hahamongna!

We need grassroots support to defeat the County's horrendous plan for Hahamongna and our neighborhoods. Please give generously and share this information with your friends, associates and social media. For more information about No Big Dig and a great video about Hahamongna, please go to:
https://www.indiegogo.com/projects/no-big-dig-the-lawsuit-to-save-hahamongna

March 2015 —Attorneys Mitchell M. Tsai and Christina M. Caro filed the lawsuit against the Los Angeles County Flood Control District on December 11, 2014. After that, the hard work began, painstakingly going through the extensive administrative record and monitoring the regulatory permitting issues and process.

The DEIR Comments Are All In

January 7, 2014 — The comment period has closed for the Draft Environmental Report on the County's Sediment Management Program for Hahahamongna. The public responded to the draft with heart-felt and perceptive suggestions about how to improve the program. We will see how County Flood responds to all these good suggestions.

See What People Had to Say

Dessi Says: "Save the Habitat of Hahamongna!" My name is Dessi Sieburth and I am 11 years old. I have been with Pasadena Audubon Society for 3 years. I like to watch birds especially in the Hahamagna watershed, and I have seen over 60 species of birds in Hahamagna. I am here to speak against the sediment removal project of LA county. If we remove the sediment the bird's habitat will be destroyed. An endangered species, the Bells Vireo was seen and might be nesting in Hahamagna. I saw rare birds at Hahamanga such as Indigo Bunting, Lewis's Woodpecker, and Vesper Sparrow. If we destroy the habitat these birds will not come back. Please save the Habitat of Hahamagna!

Monday, May 12, 2014 – The Pasadena City Council unaminously adopted the recommendations of the Devil's Gate Sediment Working Group. This group was established by Pasadena to develop a more sustainable alternative to those presented in the LA County Flood Control District's Draft Environmental Impact Report on the Devil's Gate Sediment Removal and Management Project.

The Sediment Working Group's recommendations, if adopted, would substantially reduce the scope and negative impacts of the Flood Control District's program, while protecting the neighborhoods and rare environmental values of Hahamongna Watershed Park and the Arroyo Seco.

Find Out What You Can Do  Key Meetings Coming Up To say the final EIR is a disappointment would be a historic understatment. As predicted, the Flood Control District selected one of their previous "alternatives," making only minor concessions to Pasadena and the 250 commenters who raised concerns about the $70-100 million sediment trucking program.

Star News: See You In Court! 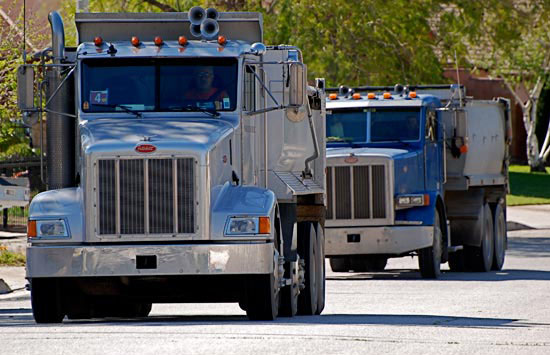 LA County Flood Control District is now considering what alternatives there are for their massive sediment removal and management program at Hahamongna. County staff expects to release a draft of their environmental impact report next Fall. We will keep you informed of developments, so check back here regularly or sign up for updates.

Get the facts on the County plan on this website and on this factsheet: Fact Sheet